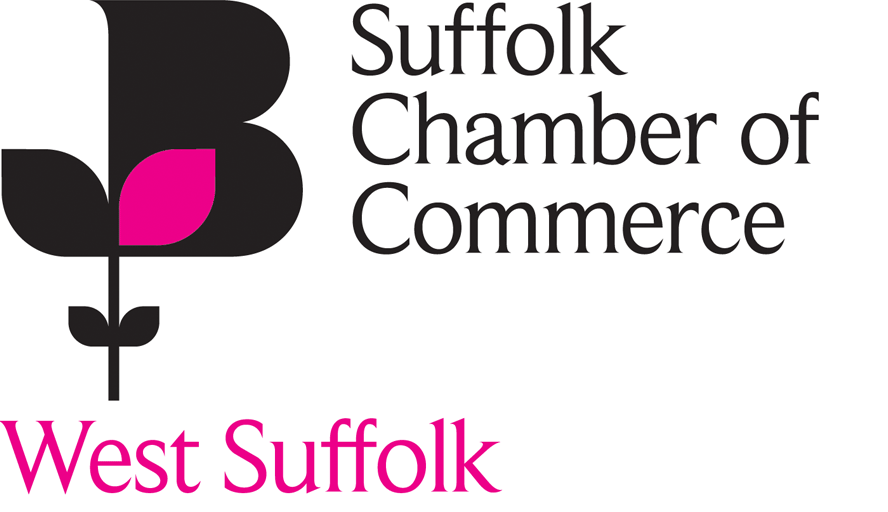 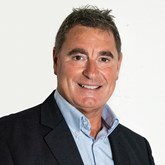 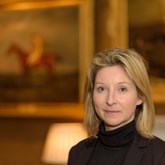 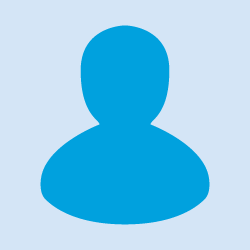 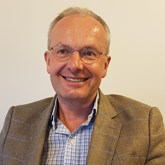 Stephen started life as a farmer’s son and when he returned from agricultural college diversified the family business by building a bulk grain warehouse. In 1997 he decided to start his own business with his wife Ann and left the farm to set up a forklift truck training company. A year later he started offering Third Party Warehousing and admits he ‘made the rules up as he went along’ and this grew into the diverse company Century is today.

Stephen is proud father of four children and if their sports pursuits had not taken up so much of his time, he believes he would have been a good golfer!

Century has differentiated itself by offering its customers a unique range of added value services, which include customer services, warranty repairs and e-commerce sales. All of these have played an important part in securing long term partnerships.

Century has over 400,000sqft of warehousing and 120 staff on six sites throughout East Anglia and the Midlands. Whilst it operates in many sectors of the retail industry, it is also the leading logistics provider in the UK nursery industry. 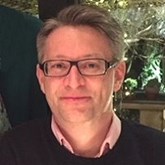 For over 20 years Tim has been working with organisations around the world from small family businesses through to international groups and PLC's.

During this time he has also bought, set-up, developed and sold a number of businesses himself, and to this day continues to seek new business investment opportunities.

Since the late 1990's Tim has also undertaken numerous voluntary positions, including mentoring at schools and colleges, small business advisory and sitting on regional growth and development boards.

With a genuine ambition to see his home town and region continuously improve, Tim welcomes the opportunity to offer his experience to Suffolk Chamber in West Suffolk. 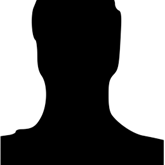 Simon Burton was appointed chair of Suffolk Chamber of Commerce in Bury St Edmunds in July 2018 and was vice chair prior to that. Outside of the Chamber, he runs the agency department of Barker Storey Matthews Bury office, specialising in the sale and lettings of commercial property and land primarily in the office, industrial and retail sectors, as well as dealing with property investment and development throughout Bury St Edmunds, Suffolk and South Norfolk. Simon has worked at BSM since 2003 and became a Director in 2012.  He was born and educated in Bury St Edmunds and is passionate about the continued success of the town and involved in a number of other local organisations and sports clubs. 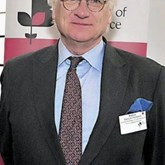 After a career in the City, Matthew helped to set up an engineering business which undertook some major projects in the renewable energy sector. He has also worked with organisations that help small companies to grow and was chair of Suffolk Chamber of Commerce in Newmarket and District for three years. He is a Trustee of an educational charity and writes for several publications on technology. 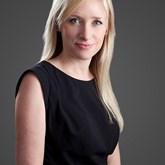 Deborah is Chief Operating Officer and Head of Dispute Resolution at Edmondson Hall Solicitors and Sports Lawyers in Newmarket.  Deborah’s expertise is in Litigation and Dispute Resolution (Commercial and Civil), Personal Injury and Clinical Negligence Claims and Equine and Bloodstock Instructions.   She is accredited with Senior Litigator status by the Association of Personal Injury Lawyers.   Edmondson Hall Solicitors is a General Practice Law Firm providing legal services in:  Corporate and Commercial, Commercial Property, Employment, Family, Private Client, Residential and Commercial Property, Personal Injury, Landlord and Tenant, Litigation and Dispute Resolution, Motoring and Mediation.   It is particularly known for its Sports Law Practice and for its specialist advice to the Horseracing and Bloodstock Industry regarding regulatory issues and specialist Equine Contracts.

Edmondson Hall is listed as a leader in the field of Bloodstock Law in the Legal Chambers Directory of Top Law Firms and Deborah is described in the Chambers Guide as bringing “extensive knowledge of Personal Injury to a Practice that sees her regularly engaged where accidents involving horses occur”.

Deborah sits on the Board of the Suffolk Chamber of Commerce in West Suffolk. 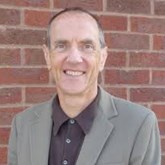 Hughes Electrical is a multi-channel retailer selling, renting and servicing domestic and commercial electrical appliances to the general public and industry through shops, web sites, trade depots and call centres. It employs 900 people and has annual turnover of £110m.

Robert Hughes has been managing Director of this family owned business for 20 years having previously worked in venture capital for 3i and misspending the 1980’s trading bonds, options and futures for Norwich Union before gaining an MBA at the London Business School. Robert is currently chairman of the electrical retail industry trade association (RETRA) and lives in Bury St Edmunds. 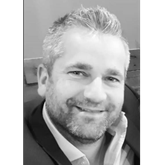 David King. Family have lived and worked with his children schooled in Haverhill since 1996.

Previous career: General Manager as a hotelier [Hotel/Pub/Restaurant] for 15 years across East Anglia including Haverhill. 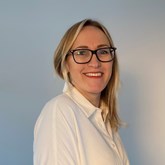 Jo Kreckler joined Greene King in May 2006 and has held a number of communications roles within the business and is now the senior corporate communications manager. Prior to joining Greene King, Jo worked for Diageo in London and Paver Downes marketing in Liverpool. Jo grew up in Bury St Edmunds and is a passionate supporter of the town. 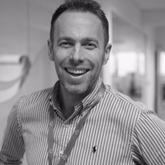 I am naturally inquisitive and genuinely interested in learning about specific industry challenges and how to use technology to overcome them. Doing so keeps me smiling and I have been smiling for over 20 years! With 20 years of experience in business development, in a variety of industries, I have witnessed and successfully overcome a wide variety of challenges with businesses. I have a big team of technology specialists behind me that build the solutions and together we have supported business leaders through challenging times. Together, we equip businesses with technology, ready to fulfil their long-term objectives.

I love supporting businesses along their journeys and help to ensure technology is innovating their decision making. 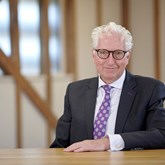 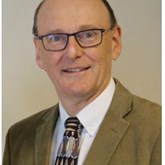 Mark Newton is Managing Director of LMK Thermosafe Ltd, a Haverhill manufacturer of industrial heating products sold worldwide. He is a Professional Chartered Engineer with a degree in Electronics Engineering from Southampton University. Mark purchased the business from the founding directors in August 2000 and has built its reputation as the leading global designer and manufacturer of hazardous area certified (Ex-rated) Induction Drum Heaters and Flexible Container Heaters. He moved manufacturing from Harlow to Haverhill in 2003 and the Company now operates out of two sites in the town.

The business won the “Queens Award for Enterprise” in 2012 for International Trade and it continues to export over 70% of its sales. In recent years sales and marketing subsidiaries have been established in USA and China using the “Inteliheat” brand name. Mark has built research and development links with local Universities resulting in a number of successful International Patent filings and a steady flow of new products from the Company’s applied research teams.

Prior to acquiring LMK Thermosafe Ltd, Mark worked in senior roles for a number of quoted UK manufacturing businesses, including five years in the USA employed by a leading process control instrumentation company. He lives in Linton with his wife Jan who is also a Director and co-owner of the business. They have two adult children and three grandchildren. They are actively involved with Linton Free Church and other faith based charities. Mark is Vice-President of the International Advisory Committee for the Chinese Relief and Development Foundation based in Sichuan, China. They established the “Thermosafe Foundation” as a Registered UK Charity operating alongside the business in 2012 as a practical way to give back to society through relevant local, national and international non-profit partners. 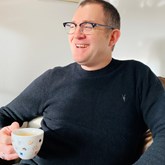 Originally from London, my family and I moved to Suffolk in 1995. Before starting my own business, I worked at management level in the retail sector for companies including Debenhams, Burton Group and ‘Esprit de Coup’. In 1996, I opened the first of the retail shops, initially in Nursery and Toys, then followed by a Stationery supplies and Computer business. Following the success in retail and subsequent sale I set about building a large property portfolio, which led to opening CXG Lettings in 2007, which has gone on to win many prestigious awards.

2016 saw the opening of Nine Jars Hotel, restaurant and cocktail bar which has already established itself as Haverhill's premier destination. I am a board member of Suffolk Chamber, One Haverhill Partnership and Heart of Haverhill, taking a key role in the future planning and strategy of Haverhill town centre… Let’s see what the future brings.

Warren Smyth has worked in the sports and leisure industry for more than 20 years and is now CEO of the largest leisure trust in Suffolk, the award winning Abbeycroft Leisure.

Abbeycroft has seen significant growth and now includes a very diverse portfolio of facilities that includes large multifunctional leisure centres, a low cost health club, a corporate fitness club as well as health and wellbeing sanctuary, The Self Centre.  In addition to this, the organisation continues to develop a broad range of physical activity initiatives including Explore Outdoor, an outdoor education programme, that assists develop leadership and teamwork skills in a wide variety of organisations and settings.

More recently Warren has also led the organisation through a merger with Anglia Community Leisure. This has created an organisation that employs 450 staff, managing 11 facilities in 8 different communities.  The services attract in excess of 1.6 million visitors a year and positively contributes to people’s health and wellbeing. 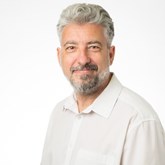 Paul ventured into the world of estate agency in 1984 and stayed there for most of his working life culminating in the Sudbury based agency Vella Associates which he ran with his wife Alison until being bought out by Leaders in 2013. In between he took his Financial Planning Certificate and became a financial advisor for 7 years and has since gone on to run the lettings department of one of Colchester’s most successful estate agents and even some professional acting.

Paul is now the property manager of MENTA, a Suffolk based not-for-profit business support agency aiming to help business of all types and sizes, new and old, to navigate the tricky path of setting up and running a business. 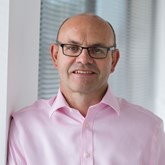 Ian is a Chartered Accountant and Managing Director of Beckett Investment Management Group.  With senior experience at a number of different organisations across sectors including healthcare, distribution and financial services, Ian is passionate about building best in class teams that are engaged with their organisation’s goals and can deliver the best customer experience.  His philosophy has helped Becketts win awards for being the Best Employer and for Customer Service in recognition for their exceptional employee engagement and customer satisfaction levels.

Ian was awarded the IOD Director of The Year for Corporate and Social Responsibility in the 2017 Institute of Directors East Awards.  The Institute commented on the efforts Becketts has made to become an Employer of Choice in the region.

Away from work, Ian has recently become Chairman at Suffolk Mind and hopes to continue the charity’s excellent work in helping Suffolk to become the best place in the world for talking about and taking care of mental health.

Ian is married to Sue with three children and ten horses!