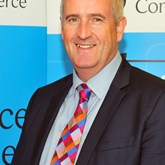 Paul Briddon became a Partner at the Lowestoft office of Lovewell Blake Chartered Accountants in 1999 and in September 2015 was elected Senior Partner. In additional to his management responsibilities the role provides Paul with regular contact with colleagues throughout the world either directly or at international conferences through the firm’s network HLB International. Since joining the Board Paul has maintained his involvement in the Lowestoft and Waveney town area having previously been Chairman of Suffolk Chamber in Lowestoft & Waveney's board. Paul then became Treasurer, following on to Vice-President and is now the President of Suffolk Chamber of Commerce. 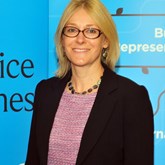 Catherine Johnson is a Partner at Birketts LLP where she specialises in employment law.

Catherine is Vice-President of Suffolk Chamber of Commerce and also sits on the Ipswich Vision and Ipswich Central Board. These varied appointments provide Catherine with the opportunity to gather real insight into local issues and to feedback on members' views and opinions across each of these pivotal organisations in the town. 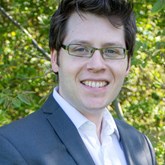 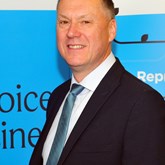 Originally from Scunthorpe in North Lincolnshire Graham spent his early career in the RAF where he trained as an engineer.

On leaving the RAF Graham spent the next 15 years working and consulting within the IT sector for various companies including Digital Equipment, IBM and Cable & Wireless before launching Factotum Ltd in 2003.

Graham is the Immediate Past President of Suffolk Chamber of Commerce. 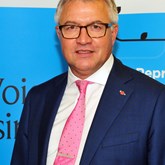 Having been educated at his local Secondary Modern in Leigh-on-Sea and then at Southend College of Technology, Stephen graduated from Thames Polytechnic (now Greenwich University) in 1981 with an honours degree in Mechanical Engineering. He embarked on a career in engineering in Chelmsford and then Derby, but after 5-years was lured into the Family warehousing & distribution business.

In 1987 Stephen and his Father Eric formed Anchor Storage Ltd at Kenton, near Debenham in Suffolk which he now runs with his wife Linda. Anchor Storage provides the full range of logistics services, primarily to importers through Felixstowe, the UK’s largest port. Over the last decade or so Anchor has moved away from general warehousing and now specialises in Internet Fulfilment and 3PL (Third Party Logistics). They continue to offer the full range of Warehousing and Distribution services as well as Import Freight Forwarding.

Anchor Storage have been members of Suffolk Chamber of Commerce & Shipping for over 25-years where Stephen was an occasional contributor to the Chamber’s Bank of England Panel. In July 2014 he was appointed as a Non-Executive Director of the Suffolk Chamber board and has recently stepped-down after 5-years as Chairman of their Transport & Infrastructure Group. As part of his role, Stephen was the face of the ‘No Toll Tax on Suffolk’ campaign which successfully had the threat of tolls lifted on the new Huntingdon-Cambridge section of the A14. He is also a strong advocate for Suffolk in his role as an ‘Invest in Suffolk Ambassador’ and has been recognised as one of the top 100 individuals most influential in the County’s economy.

Outside of business he is a Past Presiding Fellow of Suffolk New College in Ipswich and a former Treasurer, Chairman and President of Central Suffolk & North Ipswich Conservatives where Dr Dan Poulter is the current MP. He is also a Director of The Ipswich & Suffolk Club (I&SC) in Ipswich where he diligently serves on the wine committee!

In October 1973, Stephen was apprenticed to his Father in The Worshipful Company of Carmen and was clothed as a Liveryman in 1982. In 2009 he followed in his Father's footsteps and was voted onto the Court of Assistants where he served for 4-years as Chairman of the Cart Marking panel and has been a Carmen Benevolent Fund trustee for the last 2-years. In July 2018 Stephen was elected as Master and will be installed in October. Stephen is seen pictured here with his late Father, Past Master Emeritus Eric Britt who was Master 25-years ago in 1993/94. John Dugmore is the Chief Executive of Suffolk Chamber of Commerce and has been actively involved in business support and business development throughout his career.

Before taking the reins at Suffolk Chamber he led the customer facing directorate of Liverpool Chamber during that city’s acclaimed regeneration period. 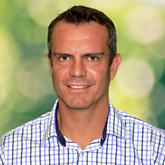 Nicholas is the Director of Sales & Marketing for Treatt PLC. Headquartered in Bury St Edmunds, Treatt is an ingredients manufacturer and solutions provider to the global flavour, fragrance and consumer goods markets. In addition to his role on the Chamber board, Nicholas is currently serving as chairman of the British Essential Oil Association. 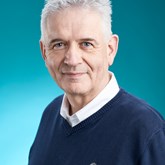 Stuart has been working in the shipping and logistics industry for 35 years and is a founder and Managing Director of Wallis Shipping Services who were established in 1987. Wallis provide a completely bespoke logistics solution for a wide range of local and worldwide clients.

Stuart is actively involved in assisting these clients and Suffolk chamber members achieve their international trade objectives and believes the logistics sector is a key area of the local economy that needs to have strong representation in the chamber. He has also been a regular contributor on the Bank of England’s regional panel for many years. Stuart and his family live In East Bergholt Suffolk and is passionate about golf, cricket, skiing and travelling.

Wallis Shipping have been members of Suffolk Chamber of Commerce & Shipping for over 30-years. Wallis work regularly with the Chamber on Letter of Credit support and endeavour to help those looking to progress their business overseas into new markets. 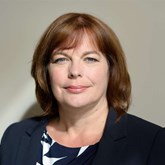 With a background in management consultancy, Sarah Howard worked for JP Morgan and KPMG. She established Sarand Business Software with her partner in 1994, moving to Suffolk two years later. They provide bespoke software to local SMEs through to international clients across a variety of industry sectors. Sarah also works as a Strategic Partnership Consultant, providing advice and consultancy for public and private sector organisations including the Department for Communities and Local Government.

Sarah is a Director of the Suffolk Chamber of Commerce board. 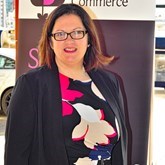 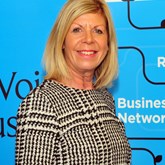 Patrice Love runs her own consultancy business, specialising in the Life Science and Technology sectors.  Patrice works mainly with early stage and pre-IPO companies to help build dynamic teams as well as organisation development.  Patrice joined the Board of the Suffolk Chamber of Commerce when she was a Director at Timberwolf.  Earlier in her career, she was Head of Operations for BT Brightstar, which was BT’s first Corporate Incubator. Patrice is also on the Board of Suffolk Business Women, Governor at Suffolk One and an Inward Investment Ambassador for Suffolk. 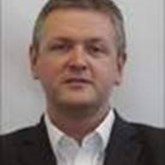 Jim joined Sanofi in 1998 and is an experienced professional, with a track record of success in Senior Operational roles, and Senior HR roles. Jim has 17-years experience within the Pharma Sector, in both manufacturing and commercial functions. Jim is currently Site Head and General Manager at Sanofi.