Hari Sharma is a local high school student who chose to come to Woolpit Complementary for work experience. During his week of work, we asked him if he’d be happy to focus on a subject and write a blog for our website about his experience.

It has been such a lovely week and we hope you enjoy the read as much as we have enjoyed teaching and working with Hari. Emma & Woolpit Complementary Team

This week I have been doing work experience at Woolpit Complementary. During this week I have been doing many tasks, a lot based around Tai Chi. Tai Chi, also called Tai Chi Chuan, combines deep breathing and relaxation with flowing movements. Originally developed as a martial art in 13th-century China, tai chi is now practised around the world as a health-promoting exercise.

First of all during my Tai Chi experience Michaela started off by showing me how to harness my Chi by creating a ball in between my hands. At first I thought it wasn’t going to work but the more I focused and the more I concentrated, I gradually could feel a force growing in between my hands. It felt like I was holding an invisible balloon and every time I squeezed in, the force would push my hands back out. Michaela then proceeded to tell me the effects of this ball of Chi and what it could do.

She asked me to hold the ball in my hand then push it towards my body (abdominal area). This is supposedly where the most amount of Chi is stored, therefore I was adding to the amount of Chi in my core. She told me this can make you feel a bit sleepy and if you had pushed the ball into your head then it would’ve helped you concentrate, which can help with studying. Once I had pushed the ball into my core the feeling was hard to explain but there was definitely something there. It sort of felt like when you drink a really hot drink and you can feel it in your stomach, but it lasted a lot longer. I was so intrigued by this feeling I went home and showed the rest of my family, and they all said that they felt the same thing. 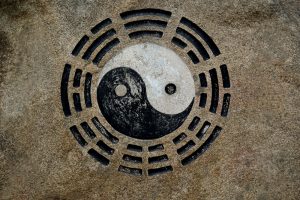 The next day Emma took me to an actual Tai Chi class, where we went into more advanced movements and pushing our Chi around. The class started with you having to imagine your feet are like tree stumps that are rooted into the ground making you stable and keeping your balance.

The moves were a little tricky but the flow and movement of them was fairly easy to pick up. The instructor, Martin Fayers, said that Tai Chi is learnt through observation and that Tai Chi teachers would very rarely speak to their students. The main movements we did were all based around balance, not just in us being able to stand on the spot without wobbling but us actually starting to reach a state of balance, with in ourselves. We were sharing our weight out, spreading it across our body, whilst at the same time moving the energy around us.

I’m not particularly spiritual but even for me I did feel like I had a sense of control over something. The fact that there were about 20 others all taking part in this movement of energy added to the feeling of spirituality and togetherness. Martin then said we would have to do it without his help, he explained that even if we all did the wrong thing, it was “better to do the wrong thing together than all be doing separate things.” So as a group we remembered what we could from the sequence and eventually we got through it.

Some moves were tough and made you ache all over and some moves were subtle and flowed with everything else. I learnt that Tai Chi is also about awareness during that class and that was only after one class. 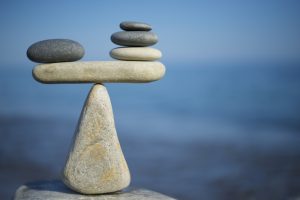 Finally on the Friday I had my last Tai Chi experience of the week. It was more of a private lesson where I got to do the same sequence but it was broken down and explained. The other difference was that in the last Tai Chi class we had missed the warm up. This time, we got to do lots of stretches to get us ready for the rest of the class. The majority of the time spent was doing stretches actually, but they weren’t the usual stretches I do before playing a sport; these stretches where to allow the Chi to flow around the body and get it ready for the next part.

One of the stages in the warm up was that we had to pat ourselves all around the body just to wake up our muscles and get the blood flowing. A lot of the lesson was based around posture and we spent a while trying to perfect our “strong” stance. As we were perfecting our postures Martin explained that unlike most martial arts nowadays, where it’s mostly about technique and strength, Tai Chi is about using your body as a unit to create power (if you need to use it in combat). Tai Chi, like most martial arts, is a form of self-defence.

Whilst going through the sequence we would stop at every move and he’d show us how this can be used in a combat scenario. For example, there is a move where your right hand comes up and around the out side of your left hand, as your left hand comes down on the inside of the right. At first, and to anyone else watching, this would have looked like we were just waving our hands about. Then he asked me to put my hand out as if I were going to punch him. He then proceeded to do the same move but around my arm and instantly he had my arm in a position, where he could break it! Lucky for me, he didn’t!

He then said to keep my elbow relaxed, because I had obviously got a bit nervous when he had me in a bad position. So I relaxed my elbow and the hold just came loose! I was amazed that you could get out of such a tricky situation just by being relaxed. However he then did the next move in the sequence and instantly had a similar hold on my shoulder. So now my arm was fine but my shoulder was in danger. He then said relax your shoulder, and so I did, and as if by magic my arm just slipped out.

That one experience taught me how Tai Chi is about your whole body flowing as one, because if I had tried to move my leg to “kick” him, then my arm would be gone. Whereas, if I had just relaxed my body and focused my mind, then I could’ve got out from that situation a lot easier.

Overall my views on Tai Chi have changed very drastically during the past week; learning about all the therapies that relate to it has been fascinating and I know I have gained a brief understanding into the world of complementary health and Tai Chi. This has been my Tai Chi experience and I doubt it will be my last.

Link to Martin’s page on the Woolpit Complementary website:

Other events from this author

Manual Lymphatic Drainage Clinic The Lymphatic System - A Quick Guide What is CBT?