THIS EVENT HAS BEEN POSTPONED DUE TO COVID-19. WE AIM TO RESCHEDULE THIS EVENT WHEN SAFE TO DO SO.

Join us this April for an exclusive networking lunch where we are delighted to be joined by keynote speaker General the Lord Dannatt GCB CBE MC DL. Lord Dannatt will be sharing his experiences of ‘leading from the front’ and his lucid approach to leadership in the modern world.

Following on from the event, Lord Dannatt will sign copies of “Boots on the Ground” which will be on sale. Proceeds and funds raised will be donated to the Royal Anglian Regiment Benevolent Charity. 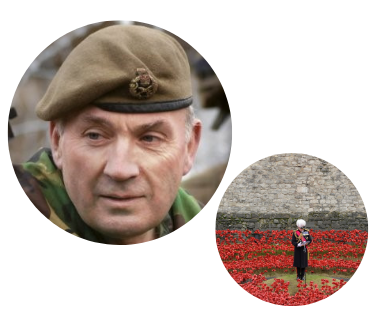 Richard Dannatt was commissioned in the Green Howards and served first on the streets of Belfast and then the battlefields of Bosnia and Kosovo. He oversaw the conflicts in Afghanistan and Iraq from the heights of command: Commander-in-Chief Land Command and Chief of the General Staff, the professional head of the British Army (2006-2009).

Richard Dannatt lived the war in Afghanistan, as a parent. He came to know the acute fear of having a loved one fighting on a foreign land. While he was embroiled in the key decisions of the military mission as a commander, his middle son, Bertie, a former Captain in the Grenadier Guards, served two tours of Iraq and one in Afghanistan.

Richard Dannatt is a vocal champion of his troops and their families. A soldier’s soldier. He faced controversy over his outspokenness, in particular his calls for a better deal for troops, arguing for higher pay, better equipment and conditions.

You can read his full biography here.

THIS EVENT HAS BEEN POSTPONED DUE TO COVID-19. WE AIM TO RESCHEDULE THIS EVENT WHEN SAFE TO DO SO.

Other events from this author